Social Security: To Delay or Not Delay

The Social Security Administration began its existence in 1935 with the signing of the Social Security Act by President Franklin D. Roosevelt. As part of Roosevelt’s New Deal, the program was created to provide financial support in retirement for people who had worked in the U.S. for a minimum number of years. Taxes would be assessed on those who were working, and the funds would then be used to support those who were retired. Certain elements of the program have changed over the years, but the premise remains essentially the same some 80 years later. For some, social security will not seem like a major factor in the retirement income picture. For others, it may be far more important. Either way, the present value of a potential 30 year stream of payments in retirement is a meaningful number, and the decision of when to begin receiving that income is a subject that we would like to explore.

One of the major developments that has impacted social security benefits and the financial health of the program is the improvement in life expectancy of the average U.S. citizen. In the 1930s, the life expectancy at birth of the average U.S. male was only 58 years. Females, with an expectancy of 62 years, were projected to live longer as they still do. Those numbers are quite a bit higher today, although that simple statistic was a bit misleading in the early 20th century because infant mortality had a meaningful impact on the population numbers. We can glean better insights by looking at the portion of the population that was expected to reach the retirement age of 65 assuming they had already reached 21 years of age. In 1940, the portion of the male population that could expect to reach 65 if they had made it to 21 was 53.9%. In 1990, that number was 72.3%. By any measure, not only is the population much bigger today, but a higher percentage of workers will be likely to live well into their retirement years and be eligible to collect social security benefits.

Here is where it gets interesting. There are all kinds of reasons why it may or may not be advantageous to take the benefit early, prior to full retirement age. Perhaps someone needs the money right away. Maybe there are health issues involved and life expectancy is thought to be shorter than normal. In order to figure out the appropriate move in those cases, some in depth and individualized analysis may be required. But when considering whether to delay benefits after the full retirement age, the decision appears to be more straightforward. Most people will not be working at that time so the taxation question is probably less of an issue. It seems that this decision is largely dependent upon the mathematical tradeoff of the options provided. In essence, is the government offering enough of an incentive in terms of growth to offset the amount of income that could be spent or invested in the early years after full retirement age? It is this question that we would like to explore further.

On this topic, there is no shortage of opinions. One common notion is that you are certainly better off waiting until age 70 to collect your benefits because…“where else can you get an 8% rate of return on a guaranteed investment?” To further support the argument, if you are going to be alive until age 83, you will collect more in social security over your life than you would if you took the lesser amount starting at 66. Both of these arguments can be compelling on the surface, but they are somewhat oversimplified. To say that you are getting a guaranteed 8% return sounds good but the reality is that you don’t get to realize any of the return before you are 70. It would be nice if the government paid you the extra 8% while you wait, but unfortunately you don’t collect either the principal or the earnings in those early years. This has some important implications on the decision. The fact that you will end up collecting more in social security if you live long enough is certainly true. The problem is, the timing of when you receive the money is important. In other words, the value of the total stream of payments varies depending on when you get the money. As a simple example, if someone receives $100,000 at age 66 and the money is assumed to grow at 6% per year untouched until they reach age 95, that future investment value would be $541,839 at age 95. Assuming a second person wanted to end up with the same amount of money at age 95 but had to wait until 70 to receive the lump sum, they would need to receive $126,248 to wind up in the same place at 95. So of course, the Social Security folks need to offer an incentive like an additional 8% per year to entice someone to wait. It’s not a gift, it’s a financial incentive. It is helpful to remember that we should not expect anyone in the world of finance to offer us a financial incentive that is only beneficial to us and not them. The government wouldn’t want to do this if they thought they were going to lose a lot of money on the transaction.

Knowing this, let’s analyze the “offer” from the government. The first thing to note is that the delay buys you additional 8% simple interest, not compound interest, on your full benefit amount. A basic example will illustrate the difference.

If someone receives $25,000 today, the table above shows the difference between what would happen to the money after 4 years assuming simple interest of 8% vs. compound interest of 8%. In year 2, with compound interest, we don’t just add an additional $2,000 to the amount (25,000 x 8%), instead the entire $27,000 now compounds at 8% to give us $2,160 of earnings. At the end of 4 years, simple interest would have given us 32% more money but compound interest would have grown the amount by 36%. So to say that the retiree receives a guaranteed rate of return is misleading since we normally (in 99% of the financial world) express returns in terms of compound rates. As it turns out, that subtle difference may impact a retiree’s decision to take social security early if they do the full analysis.

So we decided to experiment with some scenarios that would help us understand under what conditions it might be appropriate to take social security at full retirement age (66 in this case) compared to waiting until 70. There are a number of assumptions that could go into an analysis like this. We assume that in each case, the individual has a portfolio of assets to help fund retirement along with the social security benefit. For simplicity, we assume that the social security funds go into the account as a contribution at the beginning of the year, then a certain rate of portfolio growth is applied to the total, and subsequently, an amount of spending is withdrawn from the portfolio. This may not be the most realistic way to model the actual experience, but so long as we are doing it the same in both cases, it should not affect the overall comparison. In each case, the spending rates are the same in dollar terms whether someone takes social security at 66 or 70 and the spending begins at 66. If the beneficiary is not drawing social security yet, then any spending must be funded by the portfolio of assets. This makes sense, since we are analyzing the case where the recipient has the choice between delaying or taking benefits at 66 and can support lifestyle in either case. We assumed a social security cost of living increase of 1.0% per year, and the portfolio growth assumption is the same in either case.

We are ultimately concerned not so much with the total amount of social security collected but with the portfolio value at a certain age, 95 in this analysis. We ran numerous scenarios, varying all of the inputs mentioned above, and we discovered that several factors actually have no bearing on the overall outcome: the amount of social security at age 66, the cost of living increase, and the spending amount. Additionally, so long as we are starting with a portfolio value high enough for those who delay not to run out of money before 70, the portfolio value itself is also irrelevant. There is basically one all-important factor in this analysis: portfolio growth rate. The table below shows the outcome of several of our test scenarios:

Clearly, with this many inputs we could literally run hundreds of different scenarios. But as we progressed through our many test cases, it became very clear that the entire analysis hinges on the ability of the retiree to grow their portfolio of assets and compound the extra dollars received in the early years. In short, if the assumed portfolio rate of growth were below 5.13% for the entire life of the assets, then it would be more advantageous to wait until 70 to take social security. If the growth rate is assumed to be 5.13% or greater, then it actually makes sense to take social security at 66. The conclusion here is that if the portfolio can grow at a modest pace in retirement, then the compounding of the extra dollars in the early years and beyond (or the compounding of a higher portfolio because of reduced spending) is enough to cause the investor to accumulate more money over their remaining life. In short, the simple 8% interest offered by the government may not be compelling enough for some retirees. Interestingly, if the government were to offer a compound 8%, then the portfolio growth hurdle rate for making this decision jumps from 5.13% to 6.26%.

As another simplifying assumption, we are not modeling multiple stages of growth before and after age 70. It would not make sense to do this because over a short period of time like 4 years, no investor can have much confidence about the return and risk of a portfolio and the assignment of return would be purely random. Clearly, this is a simplified analysis of a potentially complex decision that any retiree may face, but we believe it can frame the issue quite well for those that have the choice between taking the benefit at full retirement age and waiting until age 70. Of course, the investor must then assess whether they believe that the portfolio can grow at the hurdle rate or beyond, and that can be a challenging endeavor as well. Some individuals may not be willing to take much if any portfolio risk in retirement, while others may be quite comfortable with larger amounts of equity exposure in their portfolios. In either case, it is helpful to understand the true benefit that the social security administration provides and its implications on your investment experience. As always, we look forward to working with you to help you make the decision that is aligned with your own personal goals and objectives. 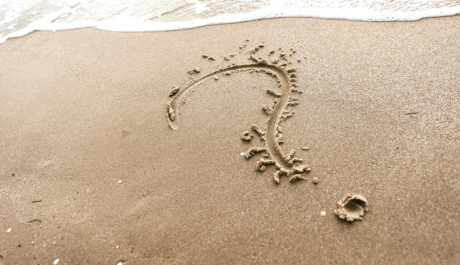